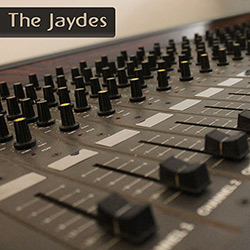 Across multiple late night jam sessions, The Jaydes were born. The self-titled LP is a nine track journey through the history of house and techno, informed by the duo’s experiences growing up in those scenes during the ’80’s and ’90’s.

Following the release of the LP in early 2014, a live tour is planned that will recreate the Jaydes complex and inspiring studio setup from the album’s creation.